Buying Diamonds on Craigslist | How to Stay Safe & Be Savvy 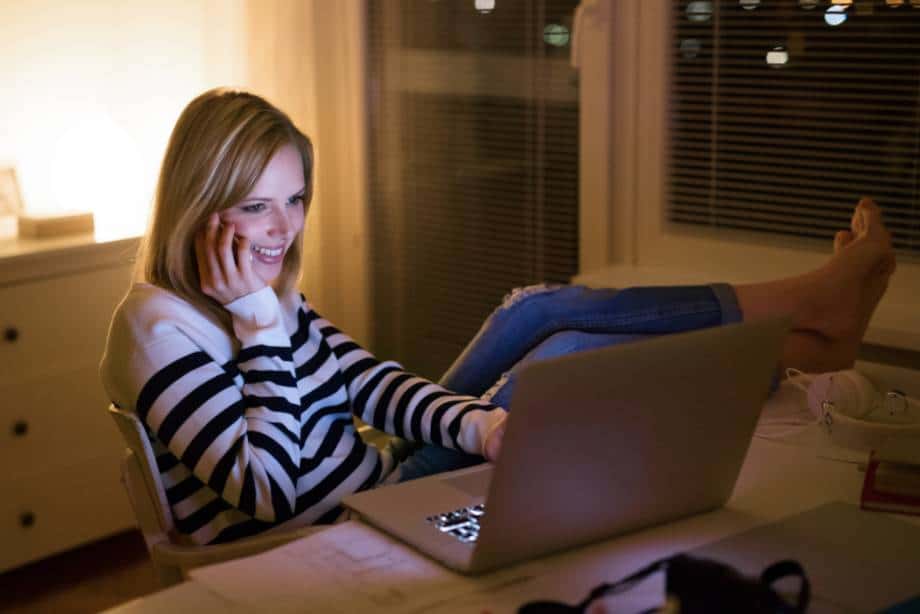 It’s the 7th most visited site in the US! You can buy almost any household item, fashion accessory, jewelry item, or home appliance there. But is Craigslist.org a safe and effective place to shop for diamonds?

Can I save money by buying a diamond off of Craigslist? You can save significant money by purchasing a used diamond engagement ring, or wedding ring, through sites like Craigslist. New diamonds typically lose at least 30% of their value when they’re purchased. When you buy used, you don’t incur the initial drop in value, but get to take advantage of it instead.

Yes, sites like Craigslist can be great places to buy rings at big savings, but they can also be dangerous places to do business if you aren’t careful. Throughout the rest of this article, I’ll show you how to stay safe as you shop for a gently used version of your dream ring.

Why would anyone sell a perfectly good diamond ring for WAY less than they originally paid a jeweler for it? It happens. Here are some of the most common reasons.

There’s pain at the center of many of those reasons that people have for dumping their diamonds. They need to get rid of the ring quickly, to either separate from the emotional pain that the ring triggers in them, or to recoup money that they desperately need.

It’s sad that people sometimes have to deal with these types of issues. We aren’t there to make their problems worse. As buyers, we can actually help them by purchasing their ring, allowing them to move on with their lives, and probably get more money out of their ring than they could in any other way. When they get a little more from you than they could elsewhere, and you save thousands of dollars on your ring, it’s a win-win situation.

How Much Are Used Diamonds Worth?

The moment that you purchase a new diamond ring, it’s value plummets. Why? It’s really the same reason that new cars have a big drop in value the moment you drive them off the lot. No one wants to pay new diamond prices for a used diamond (even a slightly used diamond). If a buyer isn’t saving a significant amount on the purchase of a used ring, they’d rather buy directly from the jeweler, where they feel more certainty about the quality of the item they’re purchasing.

Sellers have several common options for moving their ring, but none of them are typically as favorable as selling private party through a site like Craigslist.

Selling back to the jeweler seems like an easy answer. Seems like they’d be willing to pay maybe $4,500 to buy the ring back, right? Wrong. The $5,000 price tag, in our example, is their retail price. They can buy diamonds at wholesale. Wholesale pricing is probably considerably lower than $4,500. Why would they pay more for your ring than they could buy if for through their suppliers? They wouldn’t. Another important consideration, is the fact that they get special payment terms from their suppliers. For example, if their supplier gives them 90 days ‘same as cash’ terms, they can try to sell their new inventory before having to pay for it. If they buy your ring, they have to come out of pocket with cash, to pay for the ring in advance. That’s a way less attractive proposition for them. The only way to entice them to pay cash up front for your ring is to give them a super deep discount. In reality, you’d probably need to sell to them for less than you could get by selling to a local private party buyer that’s preparing for their own upcoming wedding.

Pawn shops are typically terrible places to sell. You can get cash quickly, but it comes at a high cost. Pawn shops make money by reselling to their customers at discount prices. Because they need to resell at a discount, they need to buy at a deep discount to create sufficient margin. Pawn shops often seem to prey on the desperate. It’s a place to sell quickly for a low-ball amount when you can’t hold out for something more.

Auctions can be done locally or online. In both cases, buyers are looking for a deal. They certainly don’t want to buy at auction price that’s even remotely close to retail. In addition to the sizable discount that they’re looking for, there are selling fees that need to be factored in. Because of both of those factors, auctions typically aren’t a good way to maximize the amount of cash that you’re able to get by selling a used diamond ring. What auctions do offer, like pawn shops, is a fast sale.

Private party sales can be made through local classified ad sites like Craigslist, through word of mouth, or through little ads posted to physical bulletin boards in your town or city. Private party sales typically involve selling your ring to a buyer that’s preparing for their own upcoming wedding. Purchasing a used ring allows them to save a considerable amount, and it allows the seller to get money for their ring than any of the options mentioned above would be able to offer. In that sense, it’s an ideal outcome for all involved.

The Cost of Being Too Trusting

While there are opportunities to save significant money on a diamond engagement ring, anniversary ring, or wedding ring through sites like Craigslist, there are also real dangers. Scam artists from around the globe have found these platforms to be happy hunting grounds from ripping people off.

Remember, that if it seems too good to be true, it probably is (emphasis on ‘probably’). It’s alright to find a real bargain—even something that’s unbelievably inexpensive, as long as you recognize that you’re entering potentially dangerous waters and proceed with extreme caution. When sellers are eager to unload their item, you might be able to buy a quality ring at a ridiculously low price, but you can’t let greed or fear of missing out (FOMO) cause to you enthusiastically rush into the eager arms of a skilled scam artist.

Common Scams and How to Protect Yourself

There are several common areas where you can get burned if you aren’t careful. Here are a few common examples.

Misrepresented Product: The biggest risk that most buyers face when purchasing diamonds from a private party source, is misrepresentation of the item. There are many diamond simulants that aren’t diamond at all, but look a lot like the gem (enough that they could easily fool many potential buyers). Some look-alikes are made of glass or Cubic Zirconia, for example, and could have an actual value of $30 or less, but they’re being sold as ‘diamonds’ for thousands of dollars.

Switch Out: This is a less common scam to see with a Craigslist sale, but it’s still good to be aware of this because it could happen. After having a real diamond ring tested, or evaluated, they can switch the ring for one that looks nearly identical with an inexpensive simulant on it. You leave the transaction satisfied that you protected yourself and purchased a genuine item at a great price, but in reality, you may later discover that you ended up with something quite different than you bargained for.

To protect yourself, make sure that you control the ring after it’s tested or evaluated by a local professional (if you choose to have it double checked). Once you’re satisfied with the results, you can pay for the ring and be on your way. There’s no need to hand the ring back if you plan to purchase it.

Promises to Ship: One of the most common scams that scam artists try to pull on sites like Craigslist.com, involves telling you that the ring needs to be shipped for some reason. They’ll tell you that their sister has it in another part of the country, but they’ll overnight it to you, or that it’s currently being cleaned or graded. They suggest that you pay for the ring outright, or that you just pay some of the money until the ring arrives. They tell you that you can bring the rest by once the ring arrives and you’re fully satisfied. Whether you put down a couple of hundred dollars as a deposit, or you give them half upfront, you’re unlikely to ever see those people again. You likely won’t get anything in the mail. If you do, it won’t be what you were expecting.

To protect yourself from this scam, make a rule that you aren’t going to buy from any private party seller that says they need to ship the ring. If they bring that up, you should immediately turn around and walk away—no exceptions.

Robbery: Stories have hit the news networks of people getting robbed when they show up to buy an expensive ring. Bad guys can lure you in with a deal seems too good to be true. When they list a $20,000 diamond ring for $2,500, they know that you’re probably going to show up with $2,500 in cash. Shortly after you show up, they take your money, and you leave empty-handed (but hopefully not physically hurt).

As you can see, buying on Craigslist, and other similar sites could provide real savings, but the risks are also very real. It’s a ‘buyer beware’ type of environment, where you can’t be too trusting, regardless of how nice or honest a particular seller might seem.

Auctions come in two major varieties (online and offline). Both could potentially lead to some good buying opportunities, but the MAJOR disadvantage of buying there, is that you don’t have much opportunity to research a given ring that you’re going to be bidding on before committing to the ring. In many cases, you don’t get to try it on before buying it either.

You may like the way a ring looks in the pictures that you saw, but HATE the way it looks on your hand, for example. If you purchase through an online auction, in particular, you have a much higher likelihood of wasting your time and money.

If you’re interested in buying a used engagement ring, or wedding ring, you may want to look into an online retailer that has a reputation to protect. They often verify the pre-owned rings that are available through their site. That’s the best way to ensure that you aren’t going to be WAY overpaying for some simulant that only LOOKS like diamond.

To check out one of my favorite sources for used rings, click HERE. In addition to earth grown diamonds, you can often find lab grown diamonds, Moissanite, Morganite, and other gemstones on the site too.

The supplier that I go to for used rings, also offers other used wedding jewelry, wedding dresses, veils, and other items that you could potentially save considerable money on.

Do You Negotiate Engagement Ring Price?

Attempting to negotiate price is a good idea if you can do it in a way that isn’t offensive. If you offer a lower price than the seller is willing to take, and they decline the offer, you’re no worse off than you would be if you never tried. Your efforts to negotiate will often save you money.

Is Diamond Jewelry a Good Investment?

Which Diamond Shape Has the Most Sparkle?

The Round Brilliant shape is ideal for maximizing the sparkle of your diamond because of the number of facets it has, along with their positions, angling, and symmetry. The Oval, Marquise, and pear-shaped stones have cuts that have lots of sparkle too, but generally not quite as much as the Round Brilliant.

Diamond Scams | How to Avoid Getting Ripped Off When You Buy

The Cost of Lab Grown Diamonds vs Natural Diamonds