Are All Lab Grown Diamonds the Same? 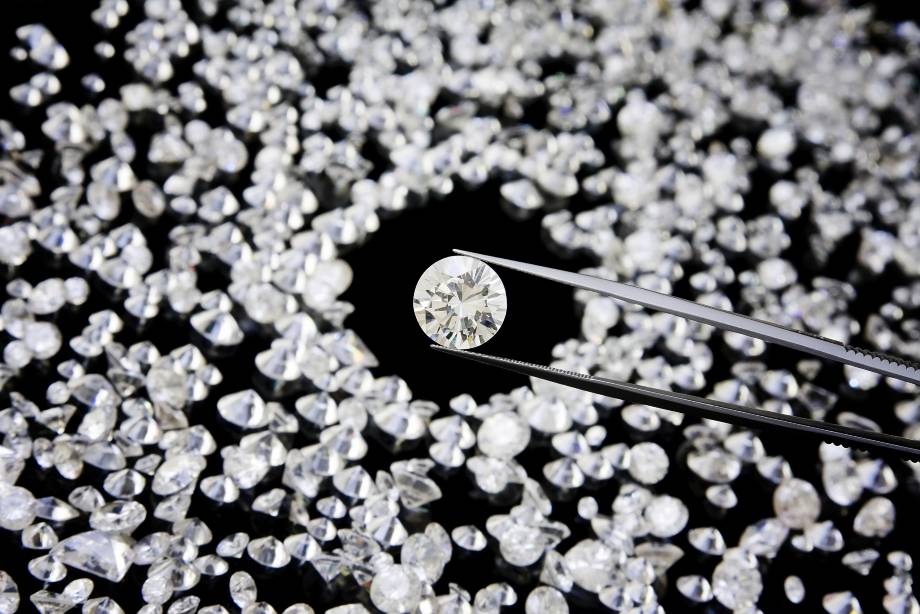 You hear about lab grown diamonds, but realize that several different companies make them, which raises the question…

Are all lab grown diamonds the same? No, the gems can vary in vary in color and clarity, depending on the specific process used to make them. There are two different processes (HPHT and CVD) that are commonly used. Each method creates diamonds that are mostly similar, but which do have small inherent differences with color and inclusions.

Let’s get into the details of some of the key differences between the diamonds that come out of each of these manufacturing methods, so you’ll understand them better.

The two methods for creating man made diamonds that are commonly used today, have both similarities and some really significant differences.

The first (and most commonly used) method, is known as HPHT (High Pressure High Temperature). This process tries to simulate the extreme temperature and pressure that the earth uses to turn carbon into diamonds over millions of years. What’s remarkable, is that lab created diamonds can be formed in just a matter of weeks (typically 6-10)!

The process begins with something called a ‘seed,’ which is really just a tiny particle of diamond that other carbon atoms can adhere to. That seed is placed into a chamber that again applies intense heat and pressure as the diamond collects new Carbon atoms and grows large enough for use in it’s intended application.

HPHT is most commonly used, simply because it’s the older, and more established, technology.

CVD (Chemical Vapor Deposition) is the other commonly used method for manufacturing these stones. It’s newer technology that will certainly be more broadly adopted in coming years. At some point, CVD may become the most commonly used method used, but machinery is expensive, so those that are already set up to manufacture through HPHT, often seems happy to remain with that technology for the time being.

CVD also started with a diamond seed. The seed is placed in a chamber that carbon rich gas is continually fed into. High heat and electricity can then be utilized to break bonds in the gas with the carbon, releasing it to settle on the seed that rests below. Atom-by-atom, the diamond is built up over the course of weeks, until it’s large enough to cut and polish for various applications.

There are differences in common characteristics of the diamonds that come through each of these methods. The first has to do with color. Color is one of the famous 4 C’s of diamond value. It’s a really important factor.

HPHT diamonds are much more likely to have a yellowish hue to them. CVD are going to come out colorless, or nearly colorless, much more frequently. The yellow tinting typically has to do with the presence and arrangement of Nitrogen atoms. CVD diamonds typically don’t have any Nitrogen atoms in them, which is why they’re more commonly colorless.

The other major difference has to do with the inclusions that form in the diamond. Inclusions form as a result of contaminants that get trapped in the diamond during formation, or they can be evidence irregular growth patterns—you could think of them like stretch marks. The inclusions found in HPHT diamonds are typically darker. In fact, they’re literally metallic. When the inclusions are large enough, or close enough to the surface, the diamond can actually be attracted by a magnet!

These metallic inclusions are generally ‘pin-prick’ inclusions that are very small individually, but they may occur in groups, which can make them much more visible at times.

In contrast, CVD diamonds don’t have metallic inclusions. Their inclusion marks are generally a shade of white—as they are with earth mined diamonds.

Running big machinery that produces extreme heat and pressure takes more than a couple of rechargeable AA batteries. The HPHT machines use a lot of power. That power comes at a cost. The expense for energy consumption of the the machines becomes part of the the overall production cost and directly affects the retail sales price of the diamonds.

This is actually a great example of how improvements in technology can naturally reduce the cost of a product. As HPHT machines become more energy efficient, or get replaced by new processes that are more efficient, production costs will fall and retail prices will likely come down too.

The CVD diamonds are an example of that. Again, it’s newer technology that’s a lot more energy efficient. Because less energy is consumed by the equipment, they cost less to produce and are therefore sold at prices that are a little lower.

As I mentioned earlier, CVD diamonds don’t have Nitrogen in them. Nitrogen is the trace element that’s typically responsible for diamonds that have a yellow hue (for both earth-made and man-made diamonds). Because of this, CVD diamond are naturally more colorless.

There’s another dimension to diamond color though that we haven’t discussed yet. Diamonds with a yellow or brown tint to them are worth less than diamonds that are colorless. Colorless diamonds are our ideal, but they’re far more rare and, therefore, a lot more expensive.

The HPHT technology can actually be used to make slightly colored diamonds more colorless. Naturally colorless diamonds are still more valuable than a diamond that’s only colorless because it was ‘treated,’ but that shouldn’t matter much to a bride and groom-to-be that just think colorless diamond are prettier. It’s great news, that slightly yellowed diamonds can be treated to be more attractive without adding too much to the cost of the gem!

Diamonds that have stronger coloring might choose instead to have the color ‘enhanced’ through CVD technology. It makes it possible to turn a light brown diamond, that no one will really want, into a darker ‘Chocolate’ diamond that there’s much higher demand for.

It can sometimes be very difficult to tell if treatments or enhancing has been done to a diamond, so distributors are expected to disclose those improvements if they’ve been done. May distributors and retailers are extremely vigilant with these disclosures. Knowing that certain treatments can’t be detected, others are far less forthcoming with information on treatments that have been done.

Grading reports form laboratories like GIA will generally mention any obvious treatments that they notice on a particular gem.

Most cultured diamonds used in jewelry are kept to 1.5 carats or smaller, though the capability of making larger stones economically is rapidly developing. In 2015, a colorless diamond was created using the HPHT process that weighed in at over 10 carats. De Beers grew a diamond to 25 carats for research and testing purposes.

At this point, if someone wanted a really large diamond for jewelry purposes, they may need to turn to earth mined diamonds. Rough diamonds are sometimes found weighing well over 100 carats. In reality, a diamond like that would be too large and too expensive for a reasonable jewelry application.

Both lab created diamonds grown with HPHT and CVD are much better for the environment, over all, than mined diamonds. There are many ways that diamond mining can be destructive to the earth, humans, and animals. While manufacturing man made stones isn’t zero impact, it’s a much more responsible choice.

Here’s a short list of just some of the environmental benefits.

As you can see, there are many similarities and differences between the diamonds that come through the HPHT and CVD processes. Either way, you’ll get a diamond that’s beautiful, and far less expensive than those mined from the earth.

Can You Tell the Difference Between Lab Created Diamonds and Real Diamonds?

There’s no way to visually distinguish a lab grown diamond and an earth mined diamond with the naked eye. The two look absolutely identical. Sophisticated, and expensive, machinery has recently been developed to help distinguish the two.

There are some lower-end diamond testing equipment that can’t always positively identify lab created stones, so they frequently need to be referred to a major laboratory like GIA (Gemological Institute of America) or IGI (International Gemological Institute) for definitive testing with their large, and expensive, testers that can easily identify man-made diamonds as such.

Lab grown diamonds, generally, are not perfect. They often initially come out with a slight yellow tint to them. They can also have inclusions, just like earth mined diamonds do. Diamond simulants, like Cubic Zirconia, can come out far more consistent and perfect because of the nature of how they’re made and what they’re made of.

Do Lab Created Diamonds Have Inclusions?